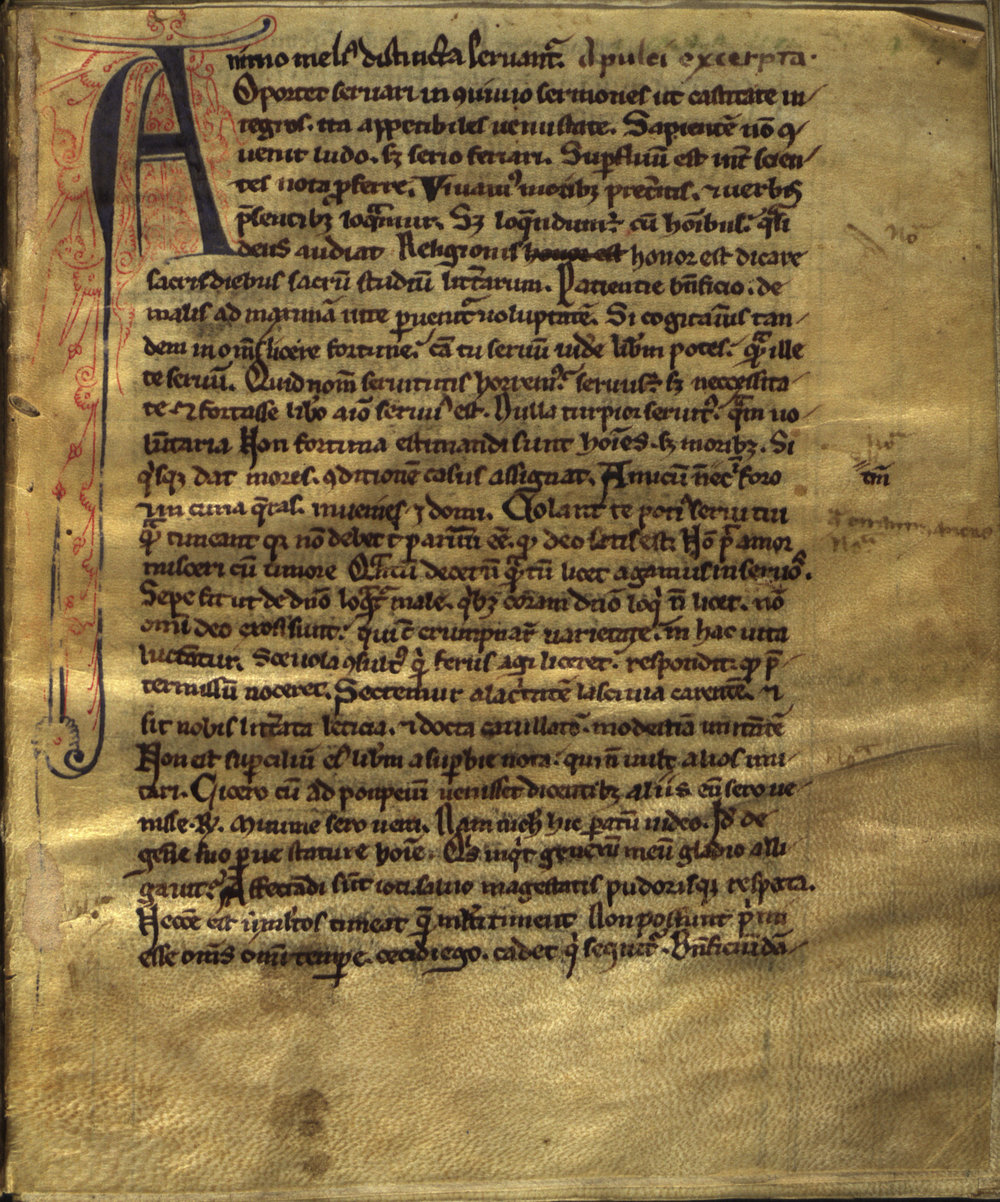 Join Dr James Kane, lecturer at the University of Sydney discussing Florilegium, in our final rare bites talk of the year.

One of the many types of manuscript in circulation during the central Middle Ages was the florilegium (plural florilegia), a Latin word meaning ‘a collection of flowers’. Medieval writers tended to use florilegia to compile quotations and longer excerpts from works of literature, philosophy, history, and so on by the great classical and patristic authors of the past. Nicholson Ms. 2 is a late twelfth-century florilegium from France that has the distinction of being one of the earliest medieval manuscripts currently held in the Rare Books and Special Collections Library. It contains excerpts from the works of St Jerome, Apuleius, Cicero, Boethius, Seneca, and other Latin luminaries.

Though relatively unadorned, the manuscript shows various signs of usage over time and is a perfect example of how medieval annotators could keep books alive by appropriating marginal space. This talk will outline the contents of this florilegium, discuss its script and layout, and explain what its various marginal annotations and other features reveal about how it was used.

Dr James Kane is a lecturer at the University of Sydney, where he currently teaches Old English and Old Norse language and literature. He completed his PhD at the University of Cambridge in 2016 on the topic of how crusading terminology evolved across various western languages between the eleventh and thirteenth centuries. He is now preparing this thesis for publication under the tentative title Wearing the Cross in the Medieval West, c. 1095–c. 1300.

Aboriginal and Torres Strait Islander peoples are advised that this website may contain images, voices and names of people who have died.

The University of Sydney Library acknowledges that its facilities sit on the ancestral lands of Aboriginal and Torres Strait Islander peoples, who have for thousands of generations exchanged knowledge for the benefit of all. Learn more